PostID is a no code development environment for the automation of processes in the carrier and logistic space. Capable of automating manual processes at workstations or controlling conveyors for fully automated solutions. It embeds interfaces to a vast array of hardware and technologies. It features a very powerful UI generator, which allows clean professional user interfaces to be created without writing any code at all.

NoCode drag and drop development. These pre written interfaces are connected together by dragging and dropping inputs to outputs.

A Customer configuration is shown below. It offers a customer configurable choice of a Tricolops, Cubelogic or QubeVu dimensioner to measure a parcel as part of a larger solution. Input features are connected to output features by drag and drop. Type compatibility is enforced, events trigger the movement of data and a productivity solution is born.

The Dimensioner subprocessor shown below has a published input ‘Get dimensions’. Processing then takes place as follows: 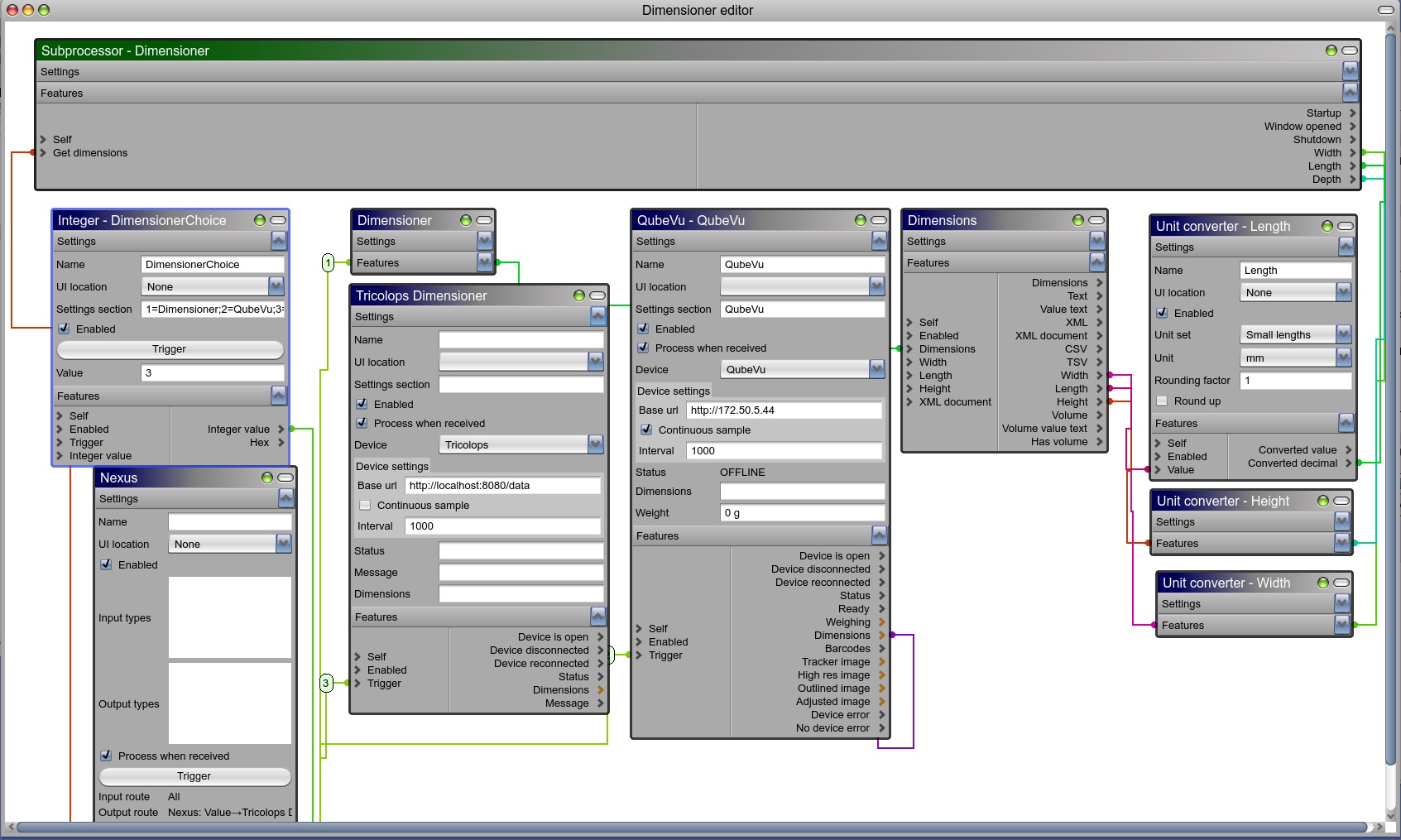 The image below shows the PostId NoCode User Interface editor (inside the thin red border) on top of a user interface that it has created and is editing.

In it, the selected item, an area called ‘InputFields’ is automatically highlighted (The Blue border) by the editor on the running UI. That UserInterface is designed to be run on a touch screen. All processing is triggered by scanning a barcode from a parcel placed under a dimensioner fitted over a set of scales. 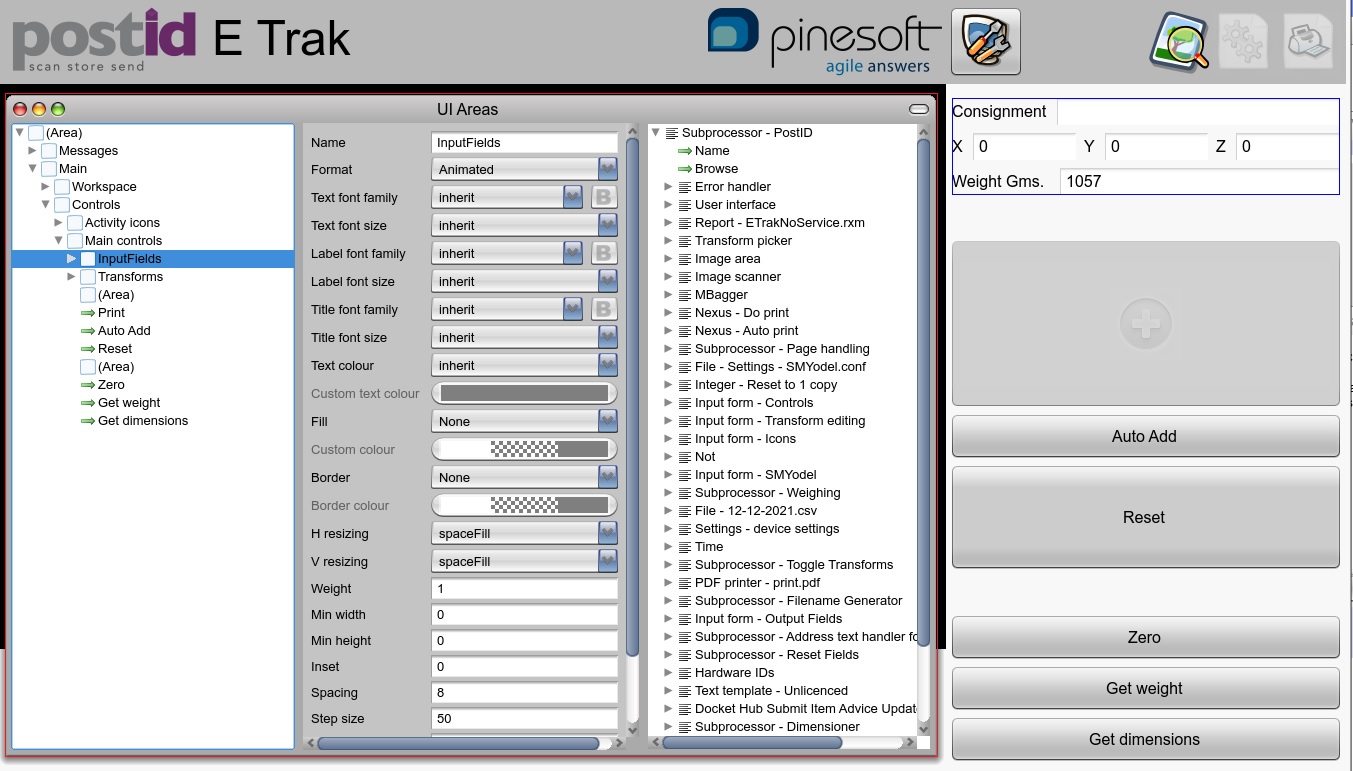 PostId is written in Pharo Smalltalk, and is the Intellectual property of Pinesoft Ltd.